Physics is the branch of science that explores the physical aspects of everything that exists in the Universe. It asks fundamental questions about the world that we live in through experiments and observations. Physics directly intersects with mathematics; they behave as two sides of a coin. Most natural phenomena and events can be dissected into crisp mathematical concepts, equations, and formulas. Later, these byproducts are applied to construct many devices and technologies. Classical mechanics and quantum mechanics are the most important fields in physics. As a result of these studies, new discoveries and inventions are being churned out every day.

Various laws are further applied to develop machines and technologies that play an integral role in our modern society. So, it can be easily said that physics played a huge role in developing the modern world. The significance of physics in our world is highlighted by the numerous applications that are spread across aspects of human civilisation. Most of the discoveries regarding classical mechanics are applied in various scenarios within our scope of reality. Physics is the base of all physical movements such as walking, running, jumping, cutting, etc. Let’s have a deep dive into five relevant applications of physics in our daily lives. 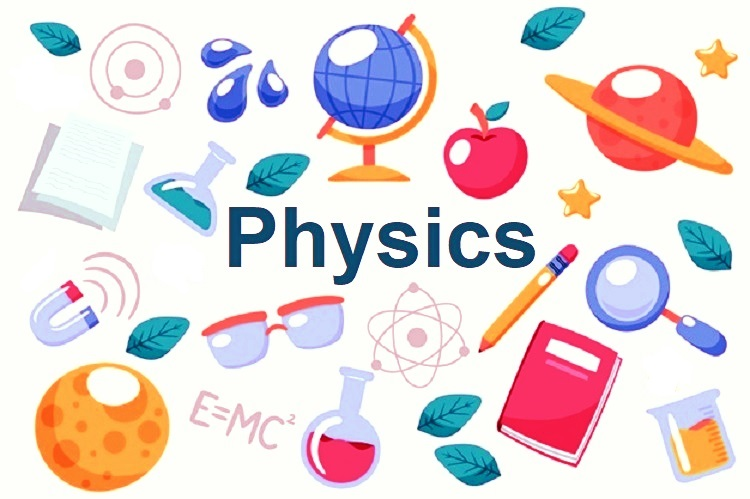 The movement of all physical bodies is based on the influence of an external or outside force exerting on them. This is the fundamental statement that encapsulates Newton’s laws of motion. These laws explain the connection between the applied external force and the motion of bodies. There are several applications that use laws of motion in our daily lives. The most significant one is the functioning of moving machines like vehicles and industrial tools. Bikes, cars, planes, cranes, hydraulic machines, lifts and trains are built around the fundamental principles of Newtonian mechanics. Speed, acceleration, braking, structural design, etc., are deeply rooted in classical mechanics. Without the precise application of these fundamental laws, we cannot create a sustainable moving machine system.

For instance, engines in transportation machines, such as cars, act as the source of the external driving force, enabling the machines to move and change locations. On the other hand, brakes and seat belts represent external forces opposite to the engine to halt the movement of the vehicles, helping to reduce the occurrence of accidents and unwanted movements.

Energy occurs in numerous forms in this Universe. It is utilised both directly and by converting it to other types of energy. There is wind, solar, electric, and kinetic energy, and conversion between these various forms of energy is conducted through specific physical processes. Electricity is arguably the most important direct application of energy and a major contributor to usable energy. It is basically a continuous stream of electrical charges travelling inside a conducting material, producing what is called an electric current. The significance of electricity is huge in our modern society. Without electricity, the world will come to a standstill. All electric machines cease to work; the entire world will be pushed into darkness both physically and technologically.

The general theory of relativity is the basis of GPS (Global Positioning System) technology. It is the theory that explains the various effects of gravitational force in the spacetime continuum. This theory mainly states that gravity curves time and space, creating a tendency for the clocks (in satellites) to tick relatively faster, by around 45 microseconds per day. The end result is that time on GPS satellite clocks advances faster than clocks on the ground by 38 microseconds per day. In other words, it takes radio signals from specific satellites revolving around the Earth and finds our position precisely to several centimetres. Without the application of relativity, GPS would be far less useful and accurate.

The magnifying lens is one of the most used optical tools. Without it, it is impossible to construct cameras, projectors, night vision goggles and many other optically enhanced tools. Military and medical fields heavily rely on optically enhanced tools and devices. It’s a matter of life and death; even a slight variation in observations can result in catastrophic outcomes. Typically, a magnifying lens is a simple convex lens. It has a curved outward shape, like the underside of a dome or a spoon. It is exactly the opposite of a concave lens (projected inward). A lens is an optical tool that enables light rays to refract, bend, or pass through it. A magnifying glass utilises a convex lens because such lenses enable light rays to converge.

In the medical field, imaging tools are one of the important applications of physics. Such devices allow us to analyse diseases through various methods. X-ray devices help to image bones, ultrasound devices allow for capturing moving images of particular sections of the body, and MRI (magnetic resonance imaging) machines enable them to take clear pictures of most of the organs in the body (especially the brain). It is widespread to use electromagnetic radiation to diagnose most cancerous tumours. It is applied explicitly for limiting the spread of cancer cells or eradicating them completely. Laser surgery uses a type of light. The laser replaces traditional techniques, especially manual surgeries, with scissors and knives. Laser vision correction methods are very precise and effective. With the help of the entire physical science spectrum, nanotechnology is also taking big strides in this field. Many tools and techniques are being developed to treat defects and diseases at the microscopic level. Nanomedicine is the field of science that combines drugs with nanotechnology to enhance the ability to target specific tissues or cells.

The Lower Down on Education Important For Daily Revealed

The Key of Rescue Endangered Animals That Nobody is Speaking About

The Unexposed Secret of Notice For Home Improvement